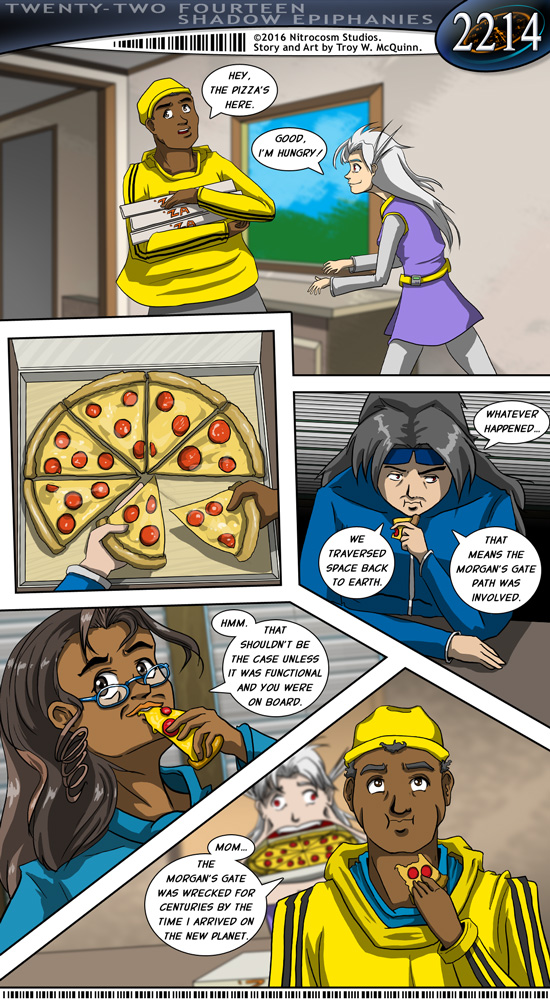 Click the image for a larger view
Bus, Ravenna, Azurat, and Maria chow down on some pizza while continuing their discussion.
Progress
2214 VN Scene 16 - Ready!
100%
Site Navigation

December '21 Updates
View 2214se
The site has been moved to a new server!