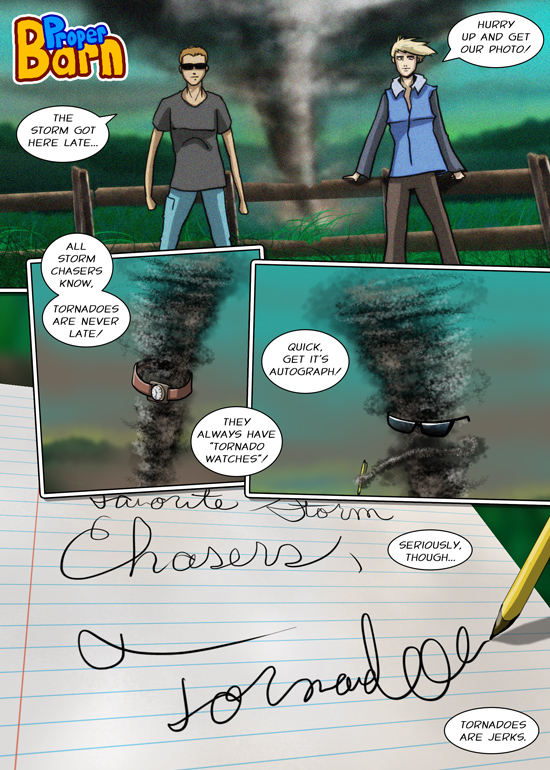 Storm chasers do a risky job but what happens when they are outright star struck by the storms?
Progress
2214 VN Scene 16 - Ready!
100%
Site Navigation

October '21 Updates
View Gag
The site has been moved to a new server!