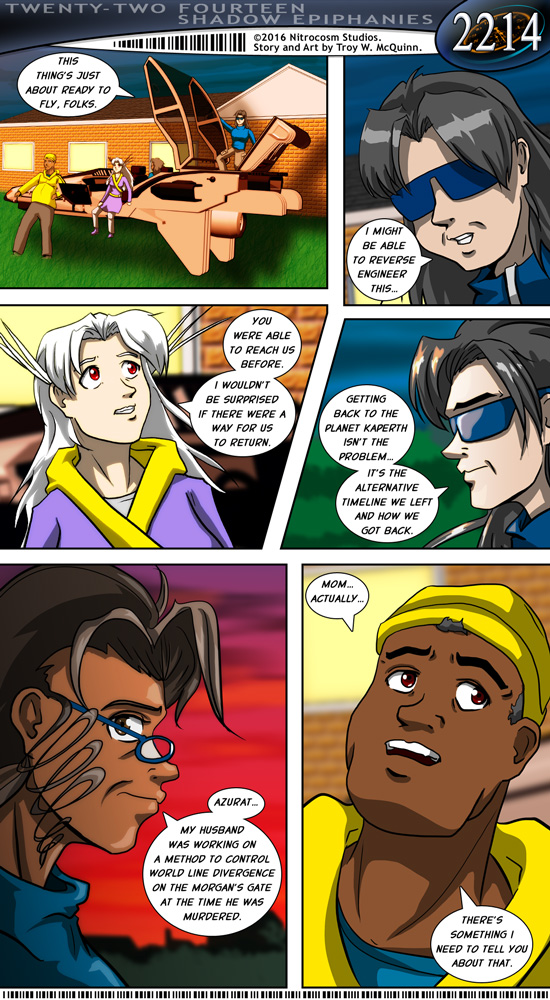 Click the image for a larger view
After dinner, Azurat works on the Hovercrane and attempts to reverse engineer what happened to the V-CORE unit when they were sent back home from the future.
Progress
2214 VN Scene 16 - Ready!
100%
Site Navigation

October '21 Updates
View 2214se
The site has been moved to a new server!